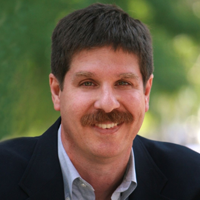 George Kramer, M.S., HP is the principal of Kramer & Company and personally provides most of its services. Although supported by local historians, photographers, and others as needed, George serves as primary investigator for all projects, assuring clients the full benefit of his experience.

After earning a B.A. in history, George worked in the construction and design fields for nine years before returning to school for a Masters Degree in Historic Preservation from the University of Oregon. That dual background, in both practical building and design, as well as the documentation and legal aspects of preservation, provides a valuable, real-world, approach to projects. In 1989 George established Kramer & Company and is today widely recognized as one of the leading preservation professionals in Oregon.

The New Year starts with projects out the door... Compliance document on a covered bridge, an old powerhouse and two pioneer-era houses, related to various projects in Linn, Deschutes and Jackson counties. Drafts of "Oregon Powerhouse-The T.W. Sullivan Story" are in layout and seven interp panels on Girl Scout history are in review. Whew!